In the Praise of Selfies

“You are – who you are when nobody is watching” goes the old adage and the reinvented quote. But in this day and age, we can seldom be ourselves. With the rise of social media, constant photographing, posting and oversharing – no one can be themselves anymore. Someone is always watching.

The Millenials – the post-80s, carpe diem-er, YOLO-chanting generation – have been on the receiving end of much flak for their endless self-obsession, self-documentation and narcissism. There was a time when successful, prominent individuals produced autobiographies – to impart their wisdom and experiences. Millenials document their lives first and if not entirely consumed by such a mammoth task, focus on succeeding. Even research shows Millenials to be more narcissistic than earlier generations, as measured by grandiose exhibitionism and entitlement. Either way, they are superstars in their own eyes.
But imagine limiting your thoughts to 140 words, your wits to a meme or your life to a square, soft-toned photo. It’s an editor’s nightmare! Size restrictions – arising out of mass attention-deficit – have driven the individual to focus on himself. There just isn’t enough time or space for company, surroundings or context. Thus a heightened regard for the ‘Self’ and urban youths’ bite-sized, online-interactions have sired a phenomenon that is perfectly symptomatic of the Millenials.

The selfie is a self-taken picture of one’s self – the evil, entitled twin of the PP-size photo. The age, when people shied away from being photographed, has long ended. Every individual is now a celebrity unto himself. And he gets photographed endlessly – heck, he even takes it himself if necessary. And behold the unparalleled rise of the selfie. Awkward, flushed-out, accidently-cropped selfies, popular in the early-2000s, served as a tool for recording individual lives, times and experiences. Then ubiquity of camera-phones improved aim and exposure. More selfies started to make it out to the Internet. But still 80 percent of selfies were taken in the bathroom, in front of a mirror. And then in 2010, Apple came up with the front-facing camera on the iPhone.

The front-facing camera revolutionized selfies: it meant you could now see yourself on the screen, adjust frame and focus before clicking. It revived the fading practice of selfies. It gave people a way to curate their own stories, determine exactly how they appear to others. Selfies have since become the cornerstone of – and the prime visual tool for – editorialising the average Joe’s humdrum chronicles. Once this content is ready – social media is on stand-by to put it out in the world, for less-than-average Janes and Joes to lap it up.

Millenials, also known as the ‘selfie-generation’, have made selfies into an elaborate affair to arouse admiration, envy and inferiority-complexes in their audiences. Selfies are often taken from above the eyeline, phones tilted at 45 degrees – with backlight and a slightly-startled look. The affliction called Selfie has found an equally villainous sidekick in what has become known as the ‘duckface’. It is exactly what it sounds like: people tilting, turning heads, sucking in cheeks and pouting so vigorously that ears are pulled over jawbones. Couple it with slightly-raised eyebrows and a deer-in-headlight stare, and you’re set for a selfie. 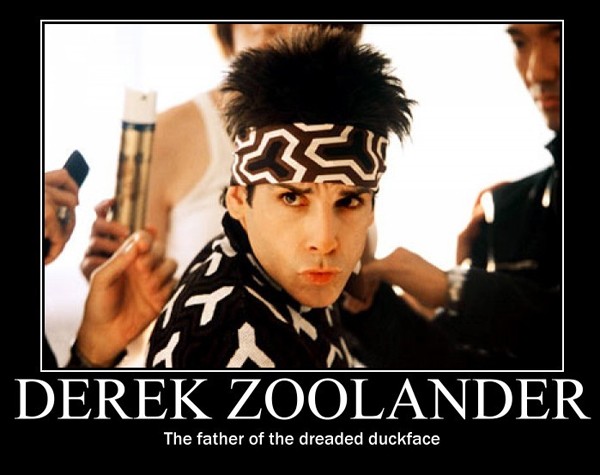 Afterwards, you can apply a flattering filter, adjust brightness/contrast or blur the outlines. With Instagram you can blur outlines, soften colours and apply sepia tints to give your selfie a vintage look. Adding a photo of you taking a selfie is recommended.

Together, duckfaces and selfies are tearing through the Internet – ruining newsfeeds, chilling spines and murdering aesthetic sensibilities. So much so that Time magazine included the selfie in its Top 10 buzzwords of 2012. The #selfie and #me hashtags have over a 100 million pictures on Instagram alone. Whether you knew it or not, chances are that your social-media site is awash with selfies. Common types are ‘me in bathroom’, ‘me at exotic island, ‘me at big event/wedding’ and ‘me with new phone’ selfies. The strangest selfies I’ve been seeing are where people are standing with their backs to the Kaaba, in Makkah – in full pilgrim gear, heads shaven or covered and struggling to suppress the instinctive pout.

A vast majority will de-tag, delete – or dissociate themselves in wondrous ways from –pictures where they look below par. As though unflattering pictures will pull down the arithmetic mean of their looks, which in turn, will actually make them less beautiful or less desirable. There is a lot of editorial work going on to maintain the perfect, enviable image on ourselves. But the selfies genre has its social-activism side too: many are deliberately posting (self-described) ‘ugly’ selfies with ruffled hair, zero grooming, shabby clothes or expressions which can only categorized as ‘bhengchi’s. The grimacing selfies are getting their moment in the sun as a satirist stance against the perfectly posed, lit and edited plastic representation of beauty. Regardless, the common theme of selfies was best summarized by psychiatrist Carole Lieberman, who wrote, “The rise of the selfie is a perfect metaphor for our increasingly narcissistic culture. We’re desperately crying out: Look at me!”

While the selfie is almost exclusively a Millenial phenomenon – it absolutely doesn’t mean that all Millenials are narcissistic. Despite the ocean of malice aimed at them, it’s quite to the contrary. Perhaps all this anxiety stems from something completely different: when we see a family or graduation photo – we feel affection, pride or envy. We see a hero, we feel admiration. We see a celebrity, we feel attracted. But how does one react to the selfie? It feels banal, frivolous and self-serving – nothing more, nothing less. We just don’t know how to interpret its intent or context.

In their book ‘The Narcissism Epidemic’, Jean M. Twenge and W. Keith Campbell argue that modern self-obsession arose in the 1960s, when people began to cast off societal constraints and expectations in favor of exploring their own potential. By the 70s, it had morphed to self-expression and at the end of the 80s, self-admiration. Today, myriad cultural phenomena drive us to narcissism: Twitter feeds and Facebook pages, advertising that tells consumers “You’re worth it” and reality-TV shows that turn regular people against each other in a battle for fame.

This culture of individualism – blossoming into narcissism – propagates the nonstop self-documentation. There is social and cultural endorsement for it too. Celebrities like Rihanna, Kim Kardashian, Justin Bieber, and Lady Gaga post selfies, maintaining visual diaries for their millions of followers. Social media narcissism is setting the benchmark for everyday users – till it all becomes a self-fueling circle.

The selfie may be symptomatic of a deeper malaise in society. It may be prophesying a rogue-wave of self-obsession and narcissism, which in turn, can give rise to a tunnel-visioned generation who are increasingly unable to see beyond themselves. And in the political, economic and cultural crossroads where we stand – young people invested in education, volunteering, activism and future professions could hold more promise than anything else.