Of Spies and Ballerinas

The whole PRISM-Snowden affair was never going to be exciting, or even relevant, unless we got to see some skin. So, this morning CNN obliged by tracking down Snowden’s ex-girlfriend Lindsay Mills in Hawaii and doing an in-depth story on her.

It is because of the likes of CNN that I came to know that Lindsay is a ballerina par excellence and self-proclaimed pole-dancing superhero. And any media/consumer/idiot knows that ballerinas are always sexier than eavesdropping-apparatchiks. Unless the ballerina IS the spy. Really, this is the kind of ballsy, investigative reporting that the world needs if we are to understand the nature of things. If Snowden really was such a responsible citizen, the report asked, how could he have left this girl to suffer alone? I was wondering the same thing: how could he? That too, someone with abs like that!

And there we were – the irreverent ones, the rebels – laughing at how positively ugly NSA’s PowerPoint slides were! So, for those of us who doubted the US government’s wisdom in spying on people’s smallest whims (guised as thoughts), food-pictures and relationship statuses – here’s your reply: It was probably PRISM that enabled the NSA/CIA to obtain these lovely pictures that prove just what a jerk Snowden is.

O NSA / CIA – as you already know, I am going out for pizza. If you come by to scan my blog in the meantime, please post a comment. Please? 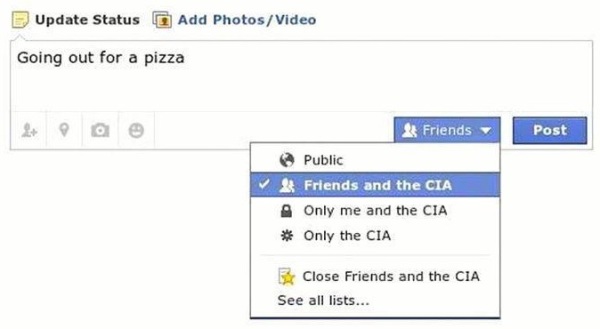