Activism is in overdrive. 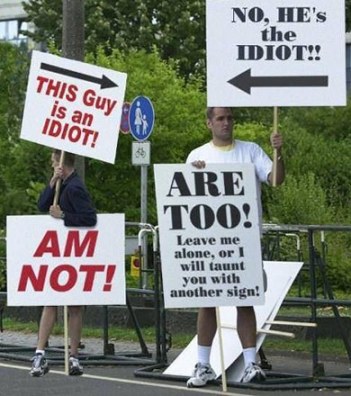 Once, the Financial Times was quoted as saying that the Cold War had left ‘a great range of issues to protest against’. The demise of a single, monolithic enemy could plausibly give birth to a litter of lesser, more diverse causes. Either way, protests like the Satyagraha, Civil Rights Movement, Prague Spring protests, Tiananmen protests have definitively shaped our history. More recent G20 protests, demonstrations against the bombing of Gaza – the legacy of which level out with half-baked ‘Save the Planet’, ‘Stop the Killing’ and ‘Jobs, Justice, Climate’ demonstrations – all seek positive change.

Then there was PETA – protesting President Obama swatting a fly. And the over-the-top Femen whose members bare their breasts to protest …well that’s where it gets murky: not the breasts – the cause. The Slutbucks or Dunkin’ Donut’s Scarf protests aren’t far behind either. Today’s activists lack political depth, I think to myself.

Activism is in overdrive.

Something changed with the Arab Spring and the Occupy Protests. Sure, experts say its was leapfrogging technology, social-media and hyper-connectivity. I’ve always held these were responses to deeper maladies (e.g. backlash against the neoliberal state’s complete abolition of social welfare) being channeled through Twitter and the like.

A similar Spring was supposedly taking place in Bangladesh. An entire generation of youth was demanding justice for war-crimes in a massive movement which has since become famous as the ‘Shahbag Protests‘. But that too, has somewhat dwindled down to symbolic rituals, face-painting, creative poster designs, Facebook ‘Like’s and childish controversies.

Is this an inevitably-immature response by a trivial generation to profound social problems? The mere desire to ‘do something’ is juvenile idealism. It means well, but doesn’t fare so. And eventually, activism of this sort starts to seem less about convincing others of a cause than pulling off stunts to snatch the headlines, get the most shares/likes. This is form-over-content activism. And I’ve never really fancied such activists. I just find them malinformed, pretentious, presumptive and preachy with a holier-than-thou air.

They will run at the slightest sniff of trouble.

A couple of days back a serious tragedy struck Bangladesh. In its aftermath, over 250 people are dead. There may be more. Today  as I tried to momentarily take my mind off the deaths and destruction on TV – I searched for the silver-lining. How could one possibly find a positive in the midst of such despair? Yet, there it was! Staring me right in the face. It was the pesky, pretentious generation! The juvenile idealists! The clueless patriots, the gullible warriors. It is they who are making the difference – they, who now truly embody the nation’s dreams.

Right now: as the minutes tick by – they’re wide awake, at the scene or before their computers – networking, donating blood, raising money, buying oxygen masks / medicines and sharing invaluable updates. Somehow, a day-evening-night shift of sorts has been worked out too. They are sending their cars over, laden with dry-food, juice-packs and heavy screwdrivers. On its way back, a completely different group is returning by the same car (activists’ cars are being identified by a piece of Red fabric slung on the window).

These are the chosen ones.