Babu was wearing the floral, yellow shirt he so hated. He was also quite dead – lying listless on a flattened, third-hand mattress in the top-bunk in a refurbished warehouse at this sleazy, Muscat district. And he hated being dead. It was just so inopportune a time! The stupid, yellow shirt as an everlasting association – he could live with. But dying without any warning? Without having that mustard-drenched aloo bhorta and without having finally put a name or face to those sweet, rustic lyrics ‘dhire cholo o nodi …shonge niye cholo’ that had streamed off a room-mate’s cellphone to stick permanently to the back of his mind. Now, the girl’s sweet, clipped Sylheti pronunciation of the ‘th’ and ‘dh’ sounds in that song was going to be with him forever and he could never know her name.

Babu’s death was made worse by the fact that his cellphone started to ring for the first time in eleven days and he could not turn to see who it was. His neck was stiff and body numb. Every time he tried to hope that maybe he’d had a stroke or was unconscious – the truth of his death sternly asserted itself. This was perhaps a brief limbo as the soul took flight. And the soul, was all that was left of him.

Babu set his mind to the persistent caller. Only one man had his number in Muscat: Fahd Al-Rasheed – the fat-bellied, beard-stroking shift-manager at the petrol-pump he worked at. Evil man, that Fahd: never cut him any slack – not a day’s sick-leave, not even a two-minute break for a cigarette! Strange that a man who lived at the heels of the Al Hajar had such a narrow mind. Perhaps it was indeed Fahd – calling to torment him with the knowledge that Mr. Saifuddin Raja aka Babu had died in his sad, migrant bed, could no longer answer calls and hence, was eligible for a salary deduction.

The phone rang and shuddered a second time.

Definitely someone from home, Babu thought to himself. Shahana, his wife, knew well enough that this was the best time to call. Babu’s eleven room-mates – all of them dock-workers at the harbor – did not get back before late night. With the makeshift room all to himself, he could unleash a litany of romantic declarations – sweet little nothings that approached hoarse obscenities with time and ended up as whimpering demands to return home.

But Shahana …loving, plump, dark, acne-scarred Shahana, was no pushover. Babu was allowed to take a loan from her brother – but he could return to Bangladesh only once it had been repaid. How a middle-class, salt-of-the-earth Bangali girl, who refused to make love with the lights on, could nurture such quiet strength – escaped him. No matter what he had to say – he, who had moved worlds with his unrelenting tongue – she would not waver. Perhaps it was a sign that keeping up appearances with an estranged brother was more important than having him in her bed every night. Perhaps it was a sign that she loved him too much to allow him to return with his tail between his legs, his head bowed in resignation.

The Nokia rang a third time.

This time he didn’t feel the shudder all too well. Usually his flattened, third-hand mattress wasn’t a bad conductor for the vibrating ring. And he had developed a light breed of sleep during his time in recovery. Fifteen years of dabbling in weed, then Phensidyl and finally Heroin, had rendered sleep heavily reliant on drugs. Without drugs, it felt like as though his daily quota of sound sleep had been evenly distributed over 24 drowsy hours. In a state of neither wakefulness, nor sleep, he traversed the lands like the undead –looking for scraps, scrounging for scoring-money, wearing thin all the relationships he still had intact. Babu would imagine himself invisible when using – and a supreme celebrity just ten minutes later. Now, being dead and allowed some time to reflect, it bugged him that it all might have been the other way round; that people had only seen the fiend and turned a blind eye to his inebriated stunts.

Around that time, his mother – floating in the maternal paradise of denial – had married him off, secretly thinking her son too good for the overweight, pimple-scarred Shahana. Seven months of round-the-clock highs and hurried love – and Shahana shipped him off to drug rehab. She packed the floral, yellow shirt in his bag as a parting gift – but never ended up leaving him. Two months into captivity, three opiatic-fits and two fist-fights later, Babu surrendered.  From there, it had been an uphill struggle – fighting urges, fleeing from friends, confining his wild, boisterous self to a rented 1-room mess. But oh! So much better was that room than this roach-dappled warehouse where he now lay dead!

There was a fourth ring.

If not dead, Babu would’ve smiled. The fourth is always special. It indicates a certain level of urgency or eagerness. Back in the day, when Mukul, from college, called – he’d let the land-phone ring on for ages. Ah! Mukul! Always full of new adventures! Two movies for one ticket, new girl next door, ticketless train-rides and the neighborhood hustles. Babu had long hair back then and could be passed off as a badass. It was his hair that got them called into the university campus one day. College students at the university! It was a great feeling. And then came the praise, the promises, the Chinese firearms and the fiery leaders more intoxicating than any drug.

Years later: a week after he and Mukul had carried out a botched hit to regain control of residential halls, tupiwallahs caught up with him. They tackled him, pinned his limbs, one sat on his chest and cocked a grotesque shotgun against his throat. Babu cried and begged, he invoked the greatest stranger, greatest friend – Allah. And then the weapon jammed and after the ninth try, the man sitting on his chest smashed in his collarbone with the butt and ran off. A month later, two of the tupiwallahs had been shot up bad and Babu was on the run. Away from the politics, from the guns and hits – he turned to his only remaining companion: the drugs. Only drugs could ease the pain and it was the only kind Babu knew. It would be another decade before that dark, quiet girl would change his life.

The phone rang a fifth time. 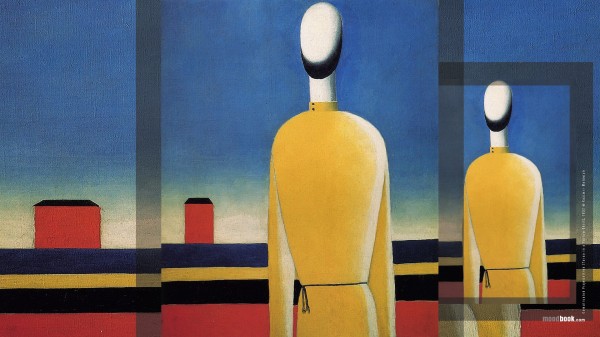 He felt no vibration anymore. So, Mr. Saifuddin Raja aka Babu was fading. Fading, as if he were a little boy – reluctantly drifting off to sleep on his mother’s lap. Babu’s body lay in a land in the bottom right corner of the Arabian Peninsula. How far he had been pushed out …by the numbing drugs, the sweet-tongued politicians, the impersonal firefights, the loving wife and the merciless yoke of debt that wouldn’t let him return. Here he was …dead in bloody Muscat! Rocky, dusty, unforgiving Muscat! How long could a boy from a lush, riverine land have survived here? He should’ve known he was going to die here …die at forty, unceremoniously after making aloo bhorta for a dozen people. He wished he could know if the last caller was going to call back. He wished he could learn the name of that singer girl with the Sylheti accent. But he was also starting to feel guilty – because without being told, he already knew it was rude of the Dead to think of the world in such vivid terms.

Apologetically, one last time, he thought of the yellow shirt and the humiliation of having to wear it in death.

* My friend Saifuddin Raja passed away on November 2012, in Muscat, Oman. I never made it to his Q’ulkhani / Funeral. I wish we had parted on better terms.